If you frequently browse using the internet network, of course you have heard the term VPN. Actually this VPN stands for Virtual Private Network or a connection from one internet network to another internet network that is private. This VPN can be used for Android and Windows. Then, what is the function of the VPN itself? Here's the review that you can refer to before using it. 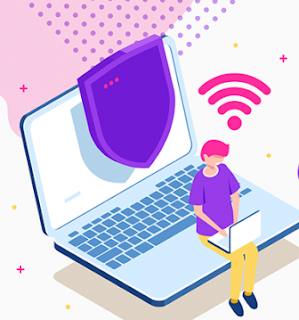 Data security is guaranteed
Data security is the most feared problem by internet users. Especially for companies in the field of banking and finance, both require high level internet network security to prevent hacking. In the 'Digital Banking in Indonesia 2018' survey by economic consultant PricewaterhouseCoopers (PWC) as reported by Katadata said that banks could lose 1 million US dollars due to cyber attacks and losses of up to US $ 100 million.

By using a VPN, events like the above can be minimized. This is because in a VPN, the data that has been sent has been encrypted properly. So, even though there are hackers hacking from VPN networks, hackers don't necessarily describe encrypted data. This VPN function seems to create two large walls that can block cyber attacks and ensure data security and confidentiality.

Can authenticate data properly
Data theft and hacking on the internet, usually occurs because someone often uses internet network resources that are public in nature. As a result, the data entered on your computer can be negatively charged and potentially attack data. This is where VPN functions authenticate incoming data. The data will be checked for source information whether from reliable sources or even sources that have the potential to bring losses.

Usually VPN also has share bandwidth properties using the Wide Area Network (WAN) Protocol Label Switch (MPLS). With this feature, it will make you more comfortable on the internet. In this authentication process, if successful, the data sent will be safe. Conversely, if it fails, there will be a re-check on the incoming data.

You can access blocked websites
You certainly have experienced things when you want to open a certain site because it cannot be blocked by the network provider or by the state. For example, when we are looking for information about human reproductive health, it could be that the site is blocked because of pornography. In fact, the actual content of the site explains from a scientific and biological perspective.

Disorders can be minimized
Sometimes in sending data through the internet network we have experienced interference, such as lost or corrupt data. Even the data that we send can be scrambled or disturbed by third parties (usually those who do this are hackers). This is certainly not surprising considering Indonesia is becoming a heavy internet traffic. Referring to the data reported by DailySocial, it is mentioned that 150 million of the 255 million internet users are vulnerable to cyber attacks.

You can minimize the bad events by using a VPN. The VPN function is here as a 'security' in sending data on the internet network. Thus the data you send can get to the destination without any interference.

Download speed increases
In addition to the four functions above, on the other hand VPN functions can also increase download speeds from internet networks. Not infrequently the data we download usually has a large size and takes a long time. If you use a VPN you can be sure that this is no longer the case.

Why is that so? This is more because, when you use a VPN the user seems to use a private network. Therefore, the network is not used by many others so that the internet speed is increasing. The flow of data on the internet is also getting smoother and you can download everything easily.