Causes of Most Major Dead Houses 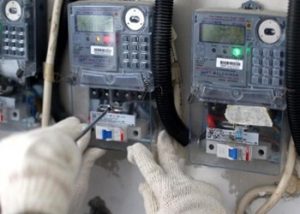 2. Natural or Human Disorders
The next thing that can cause electricity to die halfway is because a disturbance due to a tree could be due to natural causes or due to human activity. If there is a big wind or rain, it can cause twigs to fly or fallen trees which eventually hit the main electricity channel.

3. Affected by Kites
Apparently, kites can also cause partial electricity outages. Generally, kites use wire threads or people use the term ngabandang which aims to bring down opponents. If the wire is connected to an electric cable, then the rain falls and sticks to each other or is exposed to a metal pole [traves], it can cause the house's electricity to partially die.

4. Power Surge
Power surge is a forced increase in power supply that comes suddenly on a load. This event is felt as an increase in voltage on the load that occurs when electrical equipment that uses large power suddenly released or removed from the network.

5. Undervolatge
Undervoltage is a prolonged voltage reduction event. Undervoltage will cause excessive heating of the motor even to the failure of equipment operation so that the way to connect the power cable must be considered properly. The cause of this disorder can occur because there is a device with a motor that has overheated or overheated.

6. Blackouts
Blackouts are events of zero stress or loss of voltage lasting more than 2 minutes. The source of the incident mostly comes from the network side like the circuit breaker that trips. The consequences that can be caused are data loss, corrupt data and damage to the equipment.

7. High Volatge Spikes
Voltage spikes are sudden increases in voltage in very short durations. These spikes often occur due to lightning strikes and also have a negative impact on sensitive loads. The duration of the spike can be less than 10 microseconds, while large spikes on the network can be up to 10 kV and on the low voltage side can be up to 1000 V. The result is bus loss off data and damage to electronic components so how to install a home electrical installation is very important . The phenomenon of high volatge spikes is better known as volatge swell.

8. Volatge Imbalance
The phenomenon of voltage imbalance occurs as a result of the inequality of magnitude and / or phase angle at each voltage. The causes of the voltage imbalance include:
Voltage imbalances can have an impact, among others, the occurrence of overheating which can damage insulation and work equipment and measurement malfunctions.

9. Harmonics
Harmonics is a gelinangsinusoidal which has a multiple frequency of a basic frequency of 50 Hz. Defective waves or currents can be described with the help of fourier series into periodic sinusoidal waves consisting of unidirectional [DC] waves, 50 Hz and wave base frequency waves with a frequency of round multiples of 50 Hz. This diastortion occurs because of a nonlinear load where the waveform of the load current does not follow the waveform of the supply voltage and this kind of load, for example, is a rectifier which later can also be a cause of power shortages.

10. Frequency Variation and Electrical Line Noise
In frequency variation, this is a deviant frequency of the standard 50 Hz and can be caused by an unstable generator set. The consequences that will arise are data loss, program failure and equipment failure. While electrical line noise is an event that includes Radio Interference [RFI] and Electromagnetic Interference [EMI]. This event will affect the equipment system network so that part of the house's electricity can occur.

11. Transient / Interuptions
Power supply interruptions are conditions where the voltage supply or current is completely gone but only temporarily. This usually occurs in tissues as a result of lightning strikes, animals, bad weather and equipment failure. Disconnecting this supply can occur only briefly but can also be prolonged. As for how to repair electricity electricity, it should be done by professional personnel so that it is not dangerous.

12. Operation of the Volatge Regulator
The energy supplier network is equipped with equipment that will automatically make voltage adjustments. The equipment will automatically adjust the voltage. This automatic tool might be a power factor correction capacitors and might also be a tap switching transformers. If equipment failure occurs, voltage sag can occur.

The sag volatge can cause equipment failures and how to deal with a shortage of electrical power is not a matter to do with this problem. One thing that is certain is that voltage sag will cause a decrease in power supply because the power is directly proportional to the square of the voltage. If the voltage drops by 10%, then the power flow is only about 80% of the original. Decrease in power when there is a volatile sag will also be experienced by sensitive load. Sensitive load power supply is given through the directional voltage generated by alternating voltage rectification.

Thus the reviews we can give this time about some of the most common causes of home electricity. If indeed this happens and you do not understand electricity, then you should immediately contact a professional to be handled properly.