Focus on the Web, AdSense Application Ended in 2019

Google Promises Better Breakthrough on the Web A shocking news came from Google where they would soon close AdSense. However, the closure of AdSense in question is not the closing of the program but the closing of the application for both Android and iOS users. 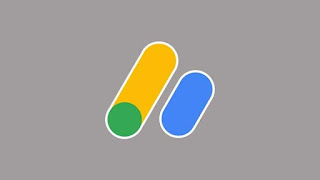 By investing in a variety of platforms, we will be able to deliver AdSense features optimized for mobile faster than we can today.

With the closure of the AdSense application at the end of 2019, the activities of users to find out the revenue received will be a little disturbed because they have to access it on the web. But reported by the official page, Google will use Accelerated Mobile Pages (AMP) and Progressive Web Apps (PWA) so that even though it is accessed via the web, users are still free to use it on their smartphones.

How is the fate of other applications?
In an effort to provide easy access to its users to their services, Google is indeed half-hearted where they always present two choices to its users, namely the web and also the application.

If you look at the case of an AdSense application, some applications may also not be safe from closing. Although later some applications are closed, of course we as users hope, Google will provide a better change because an application may not be useful for user A, but for B users it is very useful.