Having a big salary is a dream for everyone, bro. Economic growth that is so fast makes competition in finding a very tight job requires maximum effort if you want to get a high-paying job.

In Indonesia, there are many jobs with promising career paths, of course, with a large salary. To get it you also need to have high experience and education. 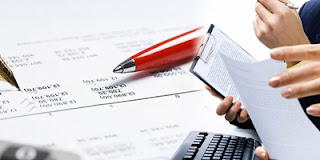 Because the high and low of a person's salary is usually determined by the type of profession and how long it has worked in the field and finally the level of education. Well, in this article I will review 8 jobs with the highest average salary and a profitable career path.

1. Financial Consultants
A financial consultant is someone who offers professional advice about money management. You can start as an audit consultant who is tasked with checking the evidence of existing transactions.

As a financial consultant, the salary you get as a fresh graduate or under 5 years experience ranges from IDR 5 Million to IDR 15 Million monthly. If you pursue a good career, you can become a director with a salary of up to IDR 80 million.

Because of this high-responsibility job, the position cannot play, it requires someone who is experienced and truly understands in the field that is run. Quoted from aturduit.com, the average salary received by a CEO is Rp. 37.5 Million per month. Even the CEO's income in Indonesia can reach up to Rp 20 billion more per year. Wow, bro!

3. IT developers
Along with rapid development, this field of technology and information requires a reliable expert. For this field, an IT Developer is someone who has a lot of expertise, they can use many different systems and programming languages and make them connected to each other.

For those of you who have technical abilities as an IT Developer, currently the average salary that you can get per month is around Rp. 15 million to Rp. 35 million.

4. Commercial pilot
Being a pilot is not easy, a pilot is required to have a good sense of accuracy in operating the aircraft and is fully responsible for the passengers he carries. Behind the heavy side of responsibility and strong pressure can not be denied that the pilot is one profession with high income image and attractive facilities obtained in Indonesia.

The average pilot income in Indonesia is around Rp. 40 million to Rp. 50 million per month. No wonder the pilot is an 'elite' profession in Indonesia, bro.

But for the salary range received by a specialist doctor around Rp 20 Million to Rp 1-2 Billion per month waw! Depending on what surgeon they have and the number of hours of practice and practice in a private or government hospital.

6. Construction
The construction sector also promises high salaries. Many state-owned companies provide large salaries and attractive facilities. For you as a fresh graduate or fresh graduate, you will usually get training by getting a salary of around Rp. 4 million to Rp. 6 million. As for the project manager, they will be given a minimum salary of Rp. 30 Million to Rp. 70 Million.

7. Mining
Similar to the construction sector, mining also promises high salaries. As a new graduate in this industry will be paid Rp. 11 Million to Rp. 12 Million. While for the next level, the salary can touch the figure of Rp. 30 Million per month. This is reasonable because it requires considerable experience in this field.

8. Oil and Gas
The oil and gas industry is still one of the sectors with good salaries and welfare, oil and gas have a large salary compared to other jobs. A fresh graduate can receive a salary of between IDR 8 million and IDR 15 million. And for the middle level - the senior salary ranges from Rp. 35 Million to Rp. 70 Million. But to work here it is not easy you need to go through heavy selection before working here.

Well, that's a job with a large salary and a promising career path. How do you decide what you want to work as now?