REO's Latest PageOne Technique (Recommendation Engine Optimization) - REO itself is a tool for bloggers created by Mas Ryan in March 2019. This Reo tool is said to have succeeded in defeating SEO techniques that are very familiar to old and novice bloggers. How come? and he said again only takes 1 hour your new posting can directly be in PageOne and occupy the first serial number hehe. According to the makers of this REO tool namely Mas Ryan REO techniques or tools have been used by developers of large sites in Indonesia. 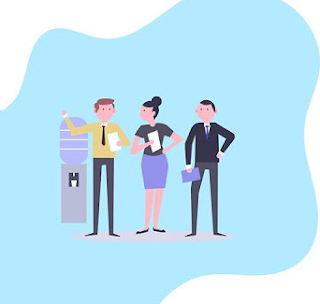 Difference between REO and SEO
But in fact check on Google with the keyword REO, which appears on page one is the definition of REO but not about bloggers but is a district in Indonesia hehe. Here is a picture. 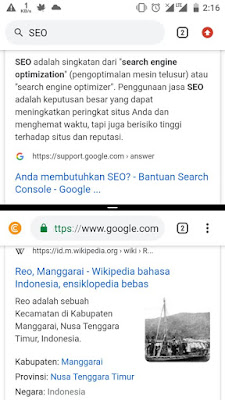 It's clear from the picture above when compared to SEO, this REO tool makes no sense and certainly can be counted as a delusion to defeat SEO techniques. Problems with REO, BEO, or whatever it is. In my opinion, namely: Still something to do with SEO, all optimizations want REA REO BEA BEO to ultimately outsmart the search engines so that our articles can be page one. The point is not spared from search engines, there must be something to do with search engines, and remember what English is the search engine? Search Engine. So, all the optimizations, both REA, REO, BEO, BEO, RSUD OREO BLABLABLA and others basically point to one point, namely Search Engine Optimization (SEO), because there is a role for the Search Engine there.

So what's the form, but all the optimization is still the same SEO package that has been used long ago. Whatever the form. It does not stand alone, even if there IS REO, and even then it is still in the SEO section. So REO is a fraction of SEO.

That was the article about REO's Latest Page One Technique - Recommendation Engine Optimization. May be useful. Don't forget to share so that it is more useful to everyone. Thanks.
Loading...